Recent allegations made by Greenpeace that Danzer Group evaded paying taxes in the Republic of Congo and the Democratic Republic of Congo are totally without foundation, the company, the world’s largest manufacturer of hardwood veneers, says. “They are an absurd, populist gimmick designed to cloud the current public discussion surrounding tax evasion in a misleading Greenpeace report.”

“For years Greenpeace has been attempting to tarnish the reputation of Danzer Group by floating rumors, making defamatory statements and spreading half-truths. But constantly repeating false, concocted allegations does not make them true. On many occasions in the past Danzer Group has issued statements regarding Greenpeace allegations. The Swiss Attorney General’s Office and the Examining Magistrate’s Office of Zug, Switzerland, dropped charges against Danzer Group filed by Greenpeace in 2004 and 2006. Internal investigations conducted by a renowned auditing firm commissioned by Danzer Group identified no wrongdoing. “On numerous occasions Danzer Group has attempted to engage Greenpeace in a constructive, public dialogue in order to discuss relevant matters in detail. Greenpeace has refused to engage in such a dialogue, presumably in an attempt to avoid having to publicly acknowledge the inaccuracy of its reporting. “Danzer Group has been operating in the Congo Basin since 1972.

Today the company operates a veneer plant and two large sawmills in this part of Africa. Approximately 20,000 people depend on the income of 2,400 local Danzer Group employees.

The company has been investing in the construction of local wood processing operations as well as in social programs for decades – all as part of the company’s corporate social responsibility activities. In particular, Danzer Group has always led the way in promoting local industrial processing.

These investments in the private sector provide the local population with jobs, which generate income, taxes and export revenues. Production had to be suspended during the civil war in the Democratic Republic of Congo, which lasted until the end of 2002 and resulted in the deaths of an estimated four million people.
“In recognition of its responsibilities to its employees and their families Danzer subsidiary SIFORCO continued to pay full wages to as many employees as possible during this period while providing basic medical care also for the others.
This helped maintain a somewhat stable living environment for the local population. Following the end of the civil war Danzer Group resumed production after the end of the civil war and became one of the few companies in the country to help create a new industrial infrastructure. “At the same time Danzer Group also supported and financed social projects such as the construction and maintenance of schools, hospitals, public buildings and roads.

Danzer Group invests approximately €3 million in social programs in the Congo Basin every year. “The allegations of tax evasion are absurd in view of the fact that the consolidated African business of Danzer Group (including all value added chains of Danzer subsidiary SIFORCO in the Democratic Republic of Congo, IFO in the Republic of Congo and Interholco in Switzerland) during the period from 1999 to 2007 generated a cumulative loss of approximately €38 million.

It is unfortunate that Greenpeace, despite the fact that it is in possession of many items of stolen data, fails to mention that Danzer operations suffered a loss of €11 million in 2003 alone. Only two of the last 10 years were profitable. All activities were entirely accounted for and have been certified by the auditing firm PricewaterhouseCoopers and the tax authorities.

Allegations that the consolidated figures were not presented to the auditors are totally unfounded.

“Greenpeace’ conclusions do not stand up to scrutiny and do not reflect reality, because they are based on forecasts from 2003. Even in Western countries many companies have difficulty in projecting reliable forecasts for one to two years. Making such projections in the Democratic Republic of Congo in 2003 following several years of civil war was considerably more difficult. “And one cannot evade paying taxes when there were no profits to tax in the first place. On several occasions Danzer Group has shown its willingness to present its business dealings in Africa to the World Bank so that the organisation could take an independent look at the company’s business operations. “Most of the taxes and contributions in the forest industry are traditionally assessed according to volume and price-related criteria.
For example, in the Congo Basin taxes are paid on concession surface area, on the volume of harvested timber and on export volume.

All of these taxes and contributions were regularly paid despite the high consolidated losses that Danzer Group suffered in its Africa business. Since 2003 Danzer Group has paid over €10 million in taxes and contributions. But the distorted information published by Greenpeace tells a different story. Danzer Group operates on the basis of a long-term outlook with regard to its employees, forestry management and its responsibilities to African countries. “The type of base transfer prices cited by Greenpeace are normal and consistent with relevant tax regulations.

In the Democratic Republic of Congo they are regulated in accordance with so-called “prix mercurial”. These base transfer prices are levied by the government itself. The same practice exists in other countries as well.

The allegation regarding misuse of the base transfer prices therefore does not hold water. The prices paid by Danzer Group are in accord with the laws of the Democratic Republic of Congo and Republic of Congo. “The practice criticised by Greenpeace is normal and necessary to meet the conditions of conducting international business. The internal company invoices cited are for definite services performed.
The local African companies depend on these services, because they cannot be performed from African sources. They deal with e.g. logistics and procurement services, which are performed by European companies and regulated by corresponding contracts. For example, companies located in Africa cannot order machinery from European manufacturers because of risks in credit worthiness. These specific development-related functions are performed by affiliated companies in Europe – as extended operative arms. The ensuing costs are paid from the aforementioned foreign accounts. In this manner companies located in Africa, which create jobs there, are in a position to procure the required equipment on the world market and thereby support the economic development of the country. These foreign accounts are regularly audited and certified in conjunction with the audit of Danzer Group annual accounts. “Everything that Danzer Group does is based on the principle of sustainability. The company manages its own forests and harvests its own trees in an environmentally friendly, socially compatible and responsible manner while observing national and international laws.

For this purpose Danzer Group has developed and implemented its own extensive regulations and monitoring procedures. These are regularly audited and certified by independent auditors (see “Corporate Social Responsibility” at www.danzergroup.com). Danzer Group is co-operating closely with the World Wide Fund for Nature (WWF) in conjunction with the ongoing FSC certification of the company’s own African forest concessions. “In Africa Danzer Group harvests one tree in an area the size of a football pitch every 30 years. This corresponds to approximately one-tenth of the harvesting that takes place on sustainably managed European forests. This is far less than the rate of growth. “Danzer Group actively promotes forest certification worldwide and supports levying sanctions against those who engage in illegal harvesting. The low production costs involved with illegally harvested wood have a negative impact on the competitive situation of companies such as ours which operate on the basis of a long-term outlook. 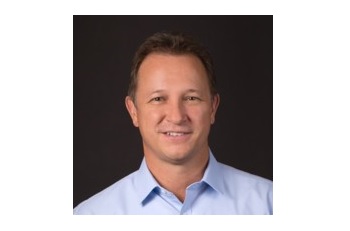 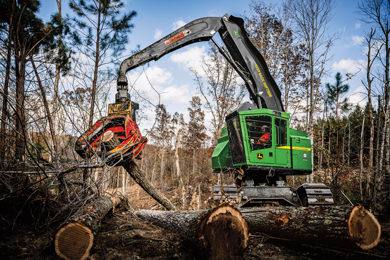 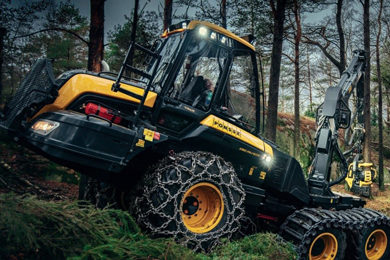