Sir David Attenborough recently decided to dive into the world of social media in order to more widely broadcast his views on conservation. I must admit to having thrice set up a Twitter account and only twice actually filing a ‘tweet’ owing, in part, to a combination of technophobia and a traditionalist approach to media. So, at 94 years of age, Sir David has rightly been commended for taking the plunge.

Of course, I very much doubt the nonagenarian will be sitting in bed in the evenings, thumbs whirring madly, launching meaningless thought balloons into the Twittersphere, something many users for this medium seem to practice. Rather he will have team that will be – and already has been – crafting considered, fact-based and pointed messages to be posted alongside video content, which has been specifically made to back these messages up. It’s an unorthodox approach to our most contemporary form of media, but such has been its success that Sir David has just about crashed the internet.

It seems the world can’t get enough of conservation as a theme. One of the great things about Sir David, apart from being wildly popular, is he generally tells a balanced story. In the modern world, where being progressive has become something of a competition among the liberal elite – and is then aped by mindless hoards on social media – the messaging seems to have become more extreme as a function of the messenger’s need to get noticed.

Taking a balanced and practical progressive view gets you nowhere on Twitter. If you want some attention you have to make genuinely radical – and therefore routinely baseless – statements.

But Sir David is rarely dramatic and almost always measured. He has never called for the end of extractive industries – and one could probably include industries such as fishing in that – because he understands their importance.

In many ways, what he has long advocated is not conservation at all, really, but something the international forestry community
has been practising for many years – sustainability. Sure, there are swathes of the Amazon being torched and torn down, but not by foresters; this is the work of pseudo agriculturalists.

On reflection, the forestry sector was a beacon of sustainability long before it became trendy. In Sweden, for example, renewable energy as a percentage of the energy mix sits at around 54%. This is in part because of the effect of the oil shock in the 1970s but it has been possible largely because of the country’s thriving forestry sector, that provides biomass fuels. Finland is not far behind for similar reasons.

The Forestry Stewardship Council that certifies some 214 million ha of forests across 89 countries through its 1,165 international members was established 26 years ago.

The point is that conservation, as much as many cling on to it, has become an outdated term. Conservationists such as Sir David nowadays practice the much more sophisticated model of sustainability. And this is a world in which the international forestry community is thriving.

The more balanced accounts of modern conservation or sustainability are distributed into the global media through social networks, the more understanding and support there should be for wood industries. It would be a wonderful thing should Sir David inspire a new breed and a better standard of social media commentators. 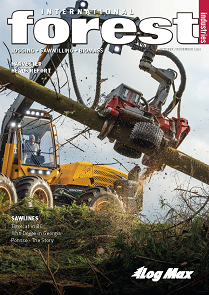 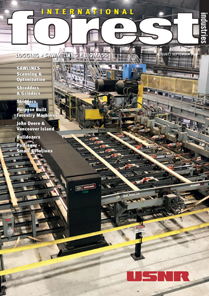 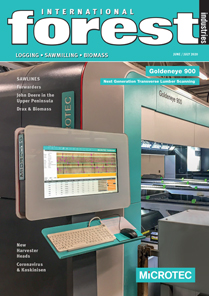 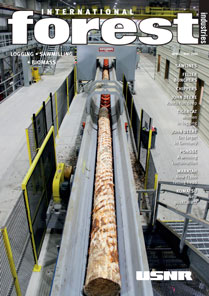