The forestry sector has faced uncertain demand conditions for several years but key shifts in the mood and make-up of the international political and economic communities suggest change is coming.

Talk has been of the likelihood of global recession for some time, but that conversation has now turned to the imminent arrival of said recession.

US jobs and manufacturing data have dipped lower again, while similar numbers consistently come out of China. The numbers from the world’s fourth-largest economy, Germany, suggest recession could bite there first.

The reasons for this trajectory have been many. For starters, the world never really got back on its feet after the 2008-2009 financial crisis. When things looked promising in late 2017, toxic trade policy and protectionism reshaped economic fortunes.

Much of this can be attributed to Trump’s trade war with China but to land him with sole responsibility would be wrong. Europe has handled Brexit in a manner history will no doubt regard as one of the great administrative and political incompetencies.

The effects on forest-related industries has been better than most would have anticipated given its primary role in construction and industry and therefore link to global GDP. We should be proud of our resilience and, in the past month, it seems as if we may have an outside chance of waiting out the storm ahead of brighter days.

Trump looks certain to be impeached and even if he is not removed from office his re-election is looking increasingly unlikely, as ongoing scandals are now coupled with the results of economic mismanagement following the initial boost delivered from irresponsible tax cuts – an outcome we predicted at the time. Potential replacements are less likely to continue the hard line with China now that businesses and ‘ordinary folk’ are feeling the effects of a trade war.

Brexit, meanwhile, looks to have finally painted itself into a corner and, with parliament having legislated out a ‘no deal’, all options will be an improvement on the current situation and restore a level of certainty to a region that badly needs to get on with restoring the fortunes of, first, Germany and Italy (eighth-largest economy), and then the UK (fifth) and France (seventh).

Moreover, the world has potentially seen enough of the corrosive effects of protectionist policy to ease back from the brink without a second major global recession in a decade.

Just think how business might react to a more stable and open relationship between the two superpower economies and a refocus of attention toward health in four of the remaining top-10 economies. Billions in investment that has been parked for up to half-a-decade could be steadily released as confidence builds in a return to political competency.

The effect on forestry is clear. Construction sector growth would benefit from not only increased demand but the reopening of international trade opportunities as contracts are signed with certainty, making trade surpluses immediately more manageable. By-product energy revenues would be easier to realise.

This, of course, is just one possible direction for the world. The re-election of Trump or a clone is possible and, if politicians in Europe have shown anything in the past three years it’s a talent for innovation in elongating the Brexit process.

But we at International Forest Industries are optimists. There is a light at the end of the dark tunnel. Most are fed up and it is the motivation for something better that should propel politicians, business communities and society in general to seize on this gap in the fence and escape the drift into recession. 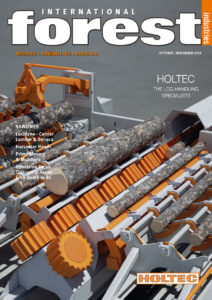 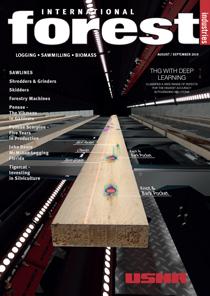 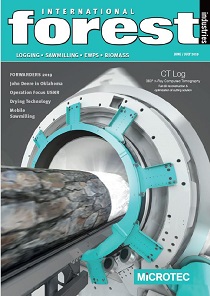 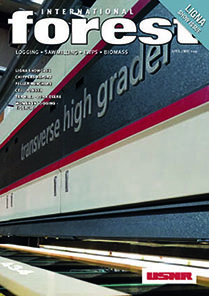