Not so long ago, I used this space to bemoan what I felt was the short-sightedness of US President Donald Trump in starting a trade war in his effort to wrestle back global market share.

My view had been that playing what amounts to a zero-sum game was likely to deliver short-term financial benefit (and votes) but would ultimately stunt global growth. This would, in turn, hurt US interests as that short-term gain was outstripped by the lost opportunity to secure a lesser, but still huge, piece of a continuously enlarging global pie.

There was an acceptance on my part that any global trade war between two of the largest consumers of raw materials, the US and China, would trap most industries, including forestry, in the crossfire, but I had not anticipated our sector being used in one of the opening salvos.

I was therefore shocked earlier this month when China’s Ministry of Commerce announced duties of between 5% and 25% on US exports worth around $60 billion, with the lumber trade a central target. The move was in response to news the US was considering duties of 25% on $200 billion of Chinese exports as part of its ongoing campaign.

A timeframe for both sets of levies has not been set but it’s safe to bet China will press the button on its duties immediately after the US triggers its tariffs. Assuming it does.

The highest rate of duties is aimed at products that China can easily source from elsewhere in the world, according to analysis by S&P Global Markets, and so logically minimizing the impact on the Chinese economy.

“It is also widely at commodity products, which are more easily substituted in Chinese supply chains versus intermediate components,” S&P said.

The largest individual duty line, based on US exports in the 12 months to June 30, include wood products worth $1.83 billion (led by oak wood), liquefied natural gas ($675 million) and mineral ores ($778 million led by copper worth $542 million).

This is clearly not good news for US-based exporters, which seem set to lose access to one of history’s most phenomenal growth stories, virtually overnight.

The fallout around the rest of the world is to be seen but, like Trump’s general approach and trade wars in general, it is likely to resemble a zero-sum game. That is, America’s loss will be a gain for somebody else. Or, more likely, somebodies.

The beneficiary that most immediately springs to mind is the Canadian forestry sector, which would probably suggest there is some poetic justice in this development after Trump announced shortly after his election that trade with Canada was to be reviewed, and not in a good way. Aside from the convenience of trading directly with its neighbour, Canadians would happily pick up some of the slack in larger trading volumes with China.

Other winners are likely to be closer to China in the form of Australia, New Zealand and Russia, which have a cost advantage over Canada. That said, however much China would prefer to take closer and therefore cheaper product, the relatively small Australian and New Zealand industries are likely to have capacity constraints in terms of making up the shortfall left by the US, while Russia has the resources but not the administration to rapidly scale up its output.

China knows this and is, most likely, looking largely to the US’ northern neighbour for help. It is assistance, one would suspect, Canada is more than happy to offer. 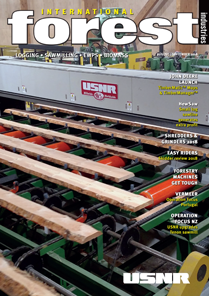 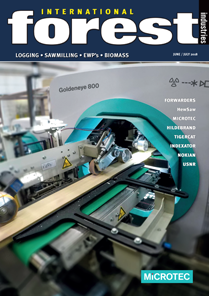 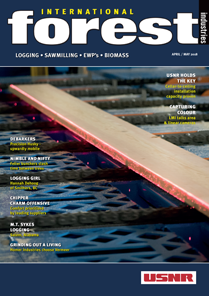 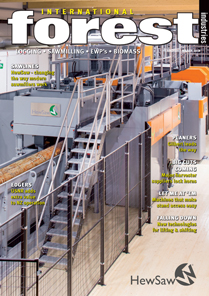