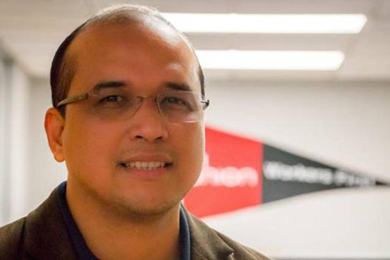 Last week we covered Friday Offcuts story on the shortage of workers for planting trees. (see www.fridayoffcuts.com). It went like this: Pay rates of $400 a day are not enough to attract workers to plant trees, potentially putting a brake on the Government’s one billion trees by 2028 campaign. Forest nurseries have doubled plantings to 100 million tree seedings in response to Government incentives, but finding staff is the biggest hurdle to getting them in the ground.

Forest Management director David Janett said the bottleneck was not so much acquiring seedlings from forest nurseries, but finding people to plant the trees. “We are fully booked up for this year.” Planting rates in the North Island were reaching 60 cents a tree, which equated to pay rates of $300 to $400 a day. “And we still can’t get people.”

The story has had two reported feedbacks with RNZ running a response from Forest & Bird challenging the MPI programme itself (see here)** and a worker advocate challenging the worth of the roles: Here’s why no-one wants to plant trees for $400 a day – New Zealanders aren’t taking short-term jobs because it’s not worth their time to do so, workers’ advocate say. They were responding to reporting last week of a shortage of people to plant the trees required by the Government’s one billion trees by 2028 campaign.

Pay rates in the North Island are up to 60c a tree, or up to $400 a day if workers plant a tree a minute over 10 hours. There have also been reports of shortages of staff for meatworks, construction and agricultural roles.

First Union general secretary Dennis Maga said it was disingenuous to claim there were not enough willing workers.

“If you look at the industries that are claiming a worker shortage they’re all low paid, some have even broken the law through the exploitation and human trafficking of migrant workers,” he said.

“There’s a reason no-one wants to work in these jobs, their time isn’t worth the money and they often cannot afford to live on what some of these unethical businesses choose to offer. And it is a choice, right, what’s really disheartening is that it’s not like the money isn’t there. Horticulture for example is one of our highest export earners.”

He said many of the industries struggling to find workers had previously been staffed by international students but the number of students coming to New Zealand had dropped significantly.

In the 2017/18 financial year, there were 104,781 approved student visa applications. For 2018/2019, it was 44,970. “We end up with a split labour market. Kiwis won’t do the dirty, dangerous low-paying jobs.” He said employers finding it hard to hire should look at their strategy. “If they want to sustain their business in their industry they need to attract the young ones.”