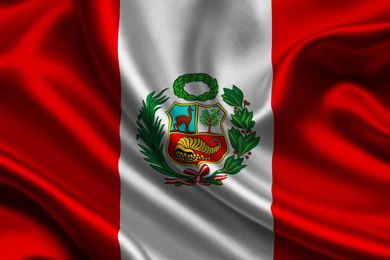 After more than three years of work supported by the German Corporation for International Cooperation (GIZ) Peru’s National Forestry and Wildlife Service (SERFOR) was handed DataBOSQUE software which will facilitate reliable timber tracking. DataBOSQUE was developed in close cooperation with the private sector and public forestry institutions at the national and regional levels.

Distribution of this software will be free and a series of training events have been arranged jointly by SERFOR and GIZ aimed at training trainers in the different Amazonian regions (Loreto, Ucayali, Madre de Dios, San Martín and Junín).

Most deforestation occurs in plots under 5 hectares

Peru’s Ministry of Agriculture and Irrigation, together with the Ministry of Environment, reported in December last year that deforestation in 2017 in the Peruvian Amazon was 155,914 hectares. Compared to a year earlier this represented a 5.3% decline.

It was reported that the majority of the forest loss occurred in plots under five hectares and 60% of the deforestation was concentrated in the Departments of Ucayali, Madre de Dios, Huánuco and Loreto. The area of Peru’s Amazonian forest in 2017 was reported as 68,577,351 hectares.

In order to share and exchange successful experiences in the forestry sector of Peru and Chile, officials of the National Forestry Corporation and the National Forestry Institute of Chile, visited officials and producers in the forestry sector in Cajamarca the capital and largest city of the Cajamarca Region as well as an important cultural and commercial centre in the northern Andes.

During their stay in Cajamarca, Chilean officials presented the history of their country’s forestry development, from the depredation of their forests to the installation of forest plantations, as a resource to improve the environment, generate ecosystem services and contribute to improving the quality of life of the Chilean producers.