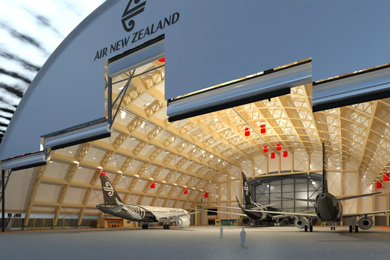 It will be built at the airline’s Auckland engineering base at Geoffrey Roberts Road in Mangere. The roof will be double layer insulated allowing the hangar to retain heat without the need for heating.

The hangar will be a 5-6 “green star” building certified by the New Zealand Green Building Council. Green Star is an internationally-recognised rating system for the design, construction and operation of buildings.