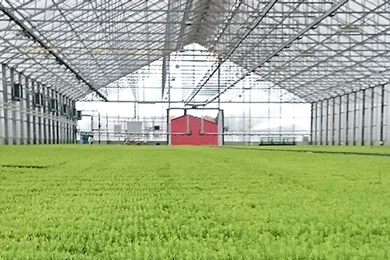 Large increase in the number of Scots pine of delivered seedlings in 2018 – The Swedish Forest Agency conducts an annual survey on the production of seedlings for forest regeneration in Sweden. According to the latest survey the production of Scots pine increased by almost 8 percent in 2018 compared to the previous year. In total 384 million seedlings were delivered in 2018, which is an increase of 2 percent compared to 2017.

Rooted planting material is the dominant production method with 82 percent of the production. Bare-rooted is 18 percent, while the remaining production is virtually nonexistent. Bare-rooted seedlings are primarily used for Norway spruce, other conifers and deciduous trees.

Most of the origin of seedlings comes from Swedish plantations or Swedish forest stands, a total of about 80 percent, which is a decrease by 8 percent compared to 2017.