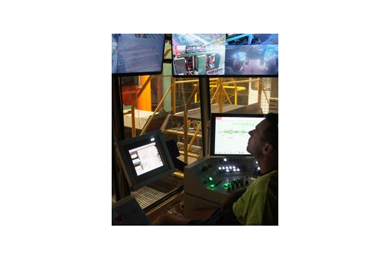 Lumber prices in North America continued their decline from the 3Q/18 with another quarter of substantial reductions. Average lumber prices for southern yellow pine were down 12% quarter-over-quarter in the 3Q/18, which was then followed by a reduction of 17% in the 4Q/18.

With practically no change in log or chip prices, gross margins, and the EBIDTAs, have plunged in the Southern states, after having reach a 13-year high in the 2Q/18, as reported in the latest issue of the WRQ. However, the region’s sawmill margins were still well above their ten-year average margin. With lumber prices continuing to decline faster than log prices in early 2019, profit margins have continued to slide in the 1Q/19.

Sawmills in British Columbia have also seen the prices for lumber in the US market come down substantially during the second half of 2018. Despite the weaker lumber market, sawlog prices still increased from the 3Q/18 to the 4Q/18 because of tighter supply and a rise in hauling costs. Sawmills saw their gross margins plunge to unprofitable levels and many companies decided to take market-related downtime in late 2018 and early 2019.

In Europe and Russia, market prices for lumber were much less volatile than in North America, with only small price adjustments from the 4Q/17 to the 4Q/18. Log costs were unchanged in Finland during most of the year, while the costs for spruce sawlogs in Sweden jumped in late 2018. Gross margins for sawmills in both countries are still at healthy levels and, in the 4Q/18, were close to the highest they have been in four years.

Sawmills in Siberia continue to expand exports to China with fairly stable lumber export prices the past three years. However, in the 4Q/18, lumber prices fell to their lowest level in almost two years. This occurred at the same time as sawlog costs remained unchanged from the previous quarter, resulting in reduced gross margins for many lumber producers at the end of 2018. Sawmill margins for 2018 were slightly below their five-year averages, but still higher than the average for the past 14 years.