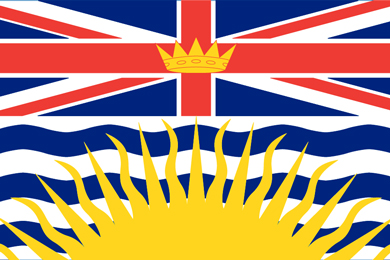 After a year of record-breaking profits, British Columbia’s forest companies are bracing for a hard crash. And many small towns in rural B.C. , where economies rely on the sound of saws ripping through timber, could be on the precipice of extremely challenging times.

“That keeps me up at night,” Premier John Horgan admitted to me in an interview this week in his office. The Council of Forest Industries (COFI) has publicly stated that between eight and 10 mills could close this summer, costing thousands of jobs and devastating small communities across the province. This looming disaster is the result of a confluence of factors.

In recent years, the province incentivized companies to ramp up production and revamp mills to clear forest ravaged by the devastating pine beetle infestation. That work is pretty much done now, with the amount of timber that companies are allowed to cut annually reduced along with it. The market in the United States, meantime, which had helped B.C. companies reap record returns last year, has fallen dramatically.

Forest fires the last couple of years have diminished the amount of merchantable timber by 2 million hectares, according to the Premier. And this summer blazes in the Interior and north are expected to be the same or worse than 2017 and 2018. Some climate experts predict this is the new normal. Meanwhile, a government plan to protect caribou herds would also severely restrict logging, and stumpage rates charged by the province are scheduled to increase on July 1.

Mr. Horgan doesn’t deny that there could be closings and tough times ahead, but he doesn’t believe government is in any way to blame. “I don’t feel any ownership for the crisis in the forest industry nor should I,” he said.

While the looming problems are partly the result of factors outside anyone’s control – forest fires – Mr. Horgan and others believe the industry must bear some responsibility for the situation. For years now, forest companies have been shipping two-by-fours out the door and getting the best price possible for them. That was being done, however, against the advice of many who saw writing on the wall and believed the industry needed to be transitioning from a volume-based model to one favouring value instead.

“Some companies have taken decisions recently that are going to be devastating for some communities and we need to be prepared for that,” Mr. Horgan said. “There is no magic solution to overcut and under supply of fibre. We need to find ways to take the fibre we have and do more with it. On the coast, we’ve been exporting logs at an unprecedented rate”. More >>

For further coverage of the projected downturn click here.

Check out this link for a list of mills that have either closed or have cut back on their production.