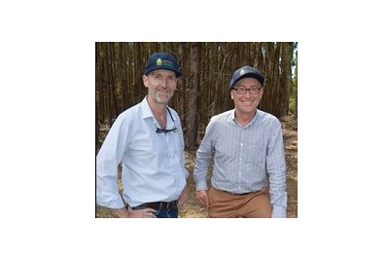 Kangaroo Island Plantation Timbers has announced that Keith Lamb will commence as its new Managing Director next month. This is part of a long-planned transition as KIPT anticipates moving into port construction, forestry production and export operations.

Current MD John Sergeant will remain in an executive capacity and will continue as a director while Mr Lamb takes overall responsibility for the next phase in the Company’s transition to profitable and sustainable operations.

KIPT chair Paul McKenzie said Mr Sergeant had piloted the growth of the Company from a sub-scale timberland owner, with a mixed collection of stranded assets, to a sustainable producer of quality timber, poised to deliver a significant infrastructure project.

“During that time, KIPT’s market capitalisation has grown from AU$3 million to about AU$120 million. We thank John for his stewardship of the Company and we are glad that he will continue to assist in the next stages of the company’s development.”

He said Mr Lamb was one of the most respected forestry professionals in Australia, “with a history of deploying institutional capital to create value for forest owners, and with a genuine commitment to the role that forestry can play in building resilient and prosperous regional communities”.

“He is the right person, at the right time and we are proud to have him as the new leader of the business.” Mr Lamb was Director of Operations and Portfolio Manager for New Forests Asset Management from 2005 until 2017, with responsibility for AU$2.5 billion in timberland and related agricultural and industrial assets, including the blue gums on Kangaroo Island later bought by KIPT.

Mr Sergeant would continue to be involved in the current development approval process, enabling Mr Lamb to focus on the company’s medium to long term growth.

Keith Lamb, left, and John Sergeant at the MacGIll Plantation.