Prices for hardwood chips exported from Latin America up 15% 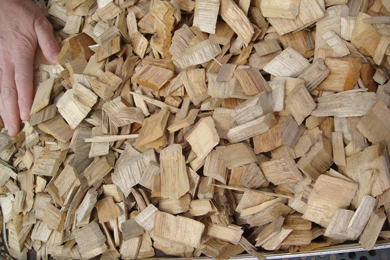 With tightening supply of hardwood fiber in the Pacific Rim, prices for hardwood chips exported from Latin America were up 15% in the 1Q/19 from their eight year-low in late 2017, reports the WRQ

Export prices for hardwood chips jumped for all three exporting countries in Latin America in the 1Q/19. The biggest increases were for chips shipped from Chile and Uruguay, which were up over 10% from the 4Q/18. Prices for chips exported from Brazil were up six percent quarter-over-quarter. For Brazil and Chile, both countries that are selling all their export volume to Asia, current price levels were below their ten-year averages in early 2019 (see chart in the latest WRQ).

The hardwood chip price index for Latin America, which trended downward during much of 2012 to 2017, has increased quarter-over-quarter for four of the past five quarters and was up 15% in the 1Q/19 from its eight-year low in the 4Q/17.

Hardwood chip prices increased during the first half of 2019 but may have reached a peak in the second quarter and could potentially even decline in the second half of the year because of reduced demand for wood fiber in China. Longer-term, prices for hardwood fiber will likely trend upward again because of an expected tightening of the current sources for hardwood chips in the Pacific Rim. Despite this, it is uncertain if higher prices will make much difference for chip suppliers in Latin America when domestic demand increases with new pulp capacity coming on-line, and local chip prices match those of the export market. Chile’s and Uruguay’s participation in the export market may be declining in the coming years.

The trade of wood chips in the Pacific Rim in the 1Q/19 remained practically unchanged from the previous quarter, with increases in imports to Japan balancing out decreases in imports to China, reports the WRQ (Note. see the WRQ Trade Snapshot for imports during the first five months of 2019). Year-over-year, imports of softwood and hardwood chips to Japan, China, Taiwan, and South Korea have fallen five percent due to slowing pulp production.

All of the major supplying countries to the Pacific Rim reduced shipments in the 1Q/19 with the exception of Thailand (+44%) and South Africa (+47%). The biggest declines in the past year have been seen in exports from Australia (-19%), Brazil (-19%) and Chile (- 14%). In the 1Q/19, hardwood chips from Latin America accounted for 17% of the total trade to the region, a share that was down two percent from the 1Q/18.