NZ – Can pine forests be nurseries for natives? 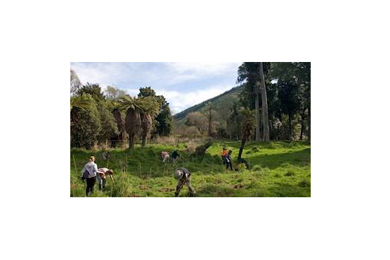 Carbon dioxide-capturing pine forests could be nurseries for native trees in New Zealand – Parliament’s environment select committee has heard the case for using quick-growing exotic trees, such as pines and eucalyptus, to capture carbon dioxide is compelling.

Fast and slow-growing exotic and native trees could be grown together to help New Zealand capture carbon dioxide and protect biodiversity, a Parliamentary select committee has been told.

At the third day of the environment committee’s Christchurch hearings into the Climate Change Amendment (Zero Carbon) Bill, University of Canterbury forestry professor Euan Mason said the case for using exotic trees, such as pines and eucalypts, to capture carbon dioxide was compelling.

Unfortunately, indigenous vegetation grew too slowly and could not sequester carbon dioxide fast enough to allow the country to meet its emissions targets.

On warm and damp sites, radiata stands could be a nurse crop for native forest. As long as seed sources were available, the carbon dioxide reservoirs would ultimately change to become native forest, Mason said. He recommended radiata pine and other exotics be established as permanent carbon forests with the proviso that, for every 10ha of exotics, 1ha of local native stands “are either identified or established to act as seed sources for the gradual succession to native forest as carbon reservoirs”.