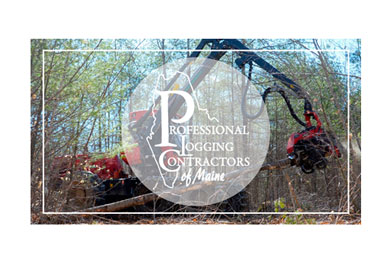 Maine Loggers – The Professional Logging Contractors (PLC) of Maine released in March results of a comprehensive study of the economic impact of Maine logging, showing the industry contributed an estimated $619 million to the state economy in 2017.

The study, The Economic Contribution of Logging and Trucking in Maine, conducted by the University of Maine and the Margaret Chase Smith Policy Center, revealed that in 2017 logging supported approximately 9,366 Maine jobs either directly or indirectly, generated $342 million in labor income, pumped an estimated $25 million into state and local tax coffers, and remains critical to a range of industries and communities across Maine.

“This study demonstrates the vast impact logging has on the Maine economy and highlights its role as the foundation of the state’s entire $7.7 billion forest products industry,” Dana Doran, Executive Director of the Professional Logging Contractors of Maine, said. “It also shows what Maine stands to lose if the mounting challenges to the logging industry are not overcome.”

To better understand the nature of the harvesting industry in Maine, analysts combined a traditional input-output (IMPLAN) analysis with primary data gathered from member companies of the PLC, the logging trade association representing companies that together harvest more than 75 percent of all timber harvested in Maine. The study calculates the economic impact of logging in the state of Maine for 2017 through both the IMPLAN analysis as well as a survey delivered to members of the PLC in 2018. Where appropriate, results were also compared with findings of a previous, similar study on the 2014 impact of Maine logging to identify industry trends. Data from the U.S. Bureau of Labor Statistics, the U.S. Census Bureau, and other appropriate sources was incorporated in the analysis to present a complete picture of the industry’s status.

In addition to overall economic impact and jobs, findings of the study and associated research included:

The economic study released today comes in the wake of a 2019 Maine Logger and Log Trucker Employment Availability and Wage Analysis Report prepared by the Maine Center for Business and Economic Research at the University of Southern Maine that found Maine is facing a shortage of loggers and log truckers that will grow and which could hinder the growth of the forest products industry in the state if wage growth does not occur. That study revealed wages for logging equipment operators and log truckers in Maine are lower than those for comparable jobs in competing industries in the state, and this combined with a tight labor market and looming retirement for large numbers of loggers is concerning for Maine’s forest economy.

The heart of the issue identified by the 2019 study is profit margins for logging contractors have dwindled as costs of doing business have risen, limiting the ability of contractors to raise pay for workers. With low unemployment and strong competition for skilled operators of heavy machinery and trucks, logging contractors are struggling simply to keep the workers they have, let alone attract new ones.

“The inevitable conclusion based on a review of the new study and of the wage and employment study released last year is that logging is a critical Maine industry under threat that must be preserved if the state is to avoid a collapse of its forest products industry and the deep and irreversible impacts that would have on Maine’s economy, rural communities, and character,” Doran said. “The challenges facing loggers are not insurmountable, but failure to overcome them would be disastrous for Maine.”

Harvesting is an integral part of Maine’s forest products industry. Wood pulp, wood, and paper and paperboard are Maine’s 5th, 6th and 7th most valuable exports, respectively, according to the U.S. Census Bureau. In an increasingly global world, the competitiveness of these exports relies on the economic feasibility and health of the harvesting industry that makes it all possible. The industry today faces many challenges but is meeting them by seeking new and nontraditional markets, increasing the focus on professionalism and safety, utilizing the latest technology, and working to educate a new and highly skilled generation of loggers for the future.

One key to the future of the increasingly complex logging industry is education, and this means the Mechanized Logging Operations Programs (MLOP) created by the PLC in partnership with the Maine Community College System, and with support from the state and industry partners, is critical to training a new generation of loggers ready to enter to the industry as older workers reach retirement age. The program is currently recruiting students for its fourth 12-week class, scheduled to begin June 22 in the Old Town area.

More information is available at http://maineloggers.com/mechanized-logging-operations-program/

Maine’s loggers are a vital part of the state’s forest products sector, which is worth an estimated $7.7 billion annually. 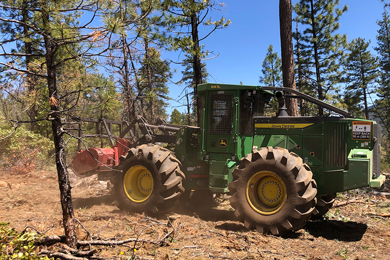