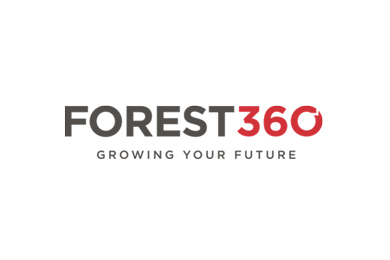 (OPINION) Forest 360 Marcus Musson – Throw away the compass captain, we’re now officially in unchartered territory. While most in the game were expecting flat to slightly increased export prices for May, there were more than a few double-takes when prices were released by export companies at around $10/JAS above April levels. This puts A grade in the $160’s/JAS which is the highest since the extremely short price spike of ’93. This is not because of low shipping costs or foreign exchange rates, it’s purely a supply and demand imbalance situation caused by strong demand in China and poor supply from other regions.

New Zealand log exporters had a record supply month in March with over 2 million cubic metres exported to China and April/May are looking similar. Nothing has changed with the Australia/China situation as logs are still banned from being imported into China from our trans-Tasman friends and, in fact, there appears to be a deepening rift as all sorts of accusations are getting thrown around from both sides. European log exports are stymied by container freight cost increases and lack of available containers so it’s very unlikely we’ll see any significant supply increases from there. The European lumber exports to China (which complete with logs) are also significantly down as supply is diverted to the US to cope with the housing boom created by US Govt stimulus packages.

China is entering its hot season which generally sees demand reduce by 15-20%, however as NZ enters winter, we too see supply levels reduce therefore the overall balance is likely (fingers crossed) to be maintained. Current inventory in China continues to recede with most commentators putting levels at 3.8Mm3 and demand at 80Km3 per day.

Nanaia Mahuta mentioned in a speech a few weeks ago that NZ exporters should look to diversify away from China rather than risk a similar issue that Australia is battling with. This was reiterated by the Prime Minister last week, albeit with a bit more tact. Let’s hope they can keep their comments in check going forward and that they’re not softening us up for crack at our major trading partner. The economic effects that Australia are feeling now with their breakdown foreign relations with China would pale in comparison with what we would experience as a country if China were to take similar action economically against us.

Local sawmillers are having a few sleepless nights as higher export prices force them to increase their already increased log purchase price levels. This will undoubtedly flow onto price increases for wood-based building products in the medium term – if there are any products left on the shelf.

Congestion throughout the supply chain remains an issue, primarily due to a lack of labour. This was demonstrated on a recent visit to a major port where, due to lack of staff, a log vessel was getting loaded 50% of the normal load rate. This flows through with inability to scale and unload trucks and trains in a timely manner (as the same people that load vessels unload trucks and trains) resulting in longer wait times, less uplift in the forest and ultimately lower productivity. While we are seeing less reliance on labour with increased mechanisation and the advent of robotics for log scaling (each export log must be measured), skilled people will always be required and are an important piece of the puzzle.

The government has announced the re-branding of Te Uru Rakau to Te Uru Rakau – New Zealand Forest Service. Te Uru Rakau was setup in 2018 under the MPI banner to focus on and grow the forest industry with a strong focus on dealing with climate change and our commitments under the Kyoto protocol. The head office will now be moved from Wellington to a new build Rotorua in an effort to get closer to the core of the industry. While any government directed change is generally slow, it does show a commitment by the Minister to the sector and has been well received. It is hoped that this will assist our sector with better policy, funding and a focus on getting more people into what a great industry with a vast range of career paths.

All in all, labour issues aside, we’re having a dream run. Returns to forest owners have never been consistently better, low interest rates are helping contractors expand and upgrade their machinery and carbon prices keep creeping up. Who knows what the rest of 2021 will bring? We have demonstrated our resilience as an industry and its important to bank your wins, as we know too well that Murphy is always waiting around the corner.