Weyerhaeuser Appoints David Graham As President Of Its Canadian Subsidiary

Weyerhaeuser Company (NYSE: WY) has announced the appointment of David Graham as president of Weyerhaeuser Company Limited, its wholly owned Canadian Subsidiary, effective January 1, 2022. Graham will report to Travis Keatley, senior vice president of Timberlands, and his appointment follows the planned retirement of Fred Dzida, who has served as president of the company’s Canadian subsidiary since 2014 and will stay on through March 2022 to aid in the transition.

“David has more than 30 years of diverse industry experience, and he has deep familiarity with our Canadian operations from a people, operational and business perspective,” said Keatley, who leads Weyerhaeuser’s timberlands operations across North America. “We’re excited to have him step into this important leadership role and help us continue to build on our strong relationships with our communities, customers and other partners across Canada.”

“I also want to thank Fred for his more than 40 years of outstanding service with Weyerhaeuser,” Keatley added. “He has had a profound impact across our Canadian operations as a champion of people, innovation and operational excellence, and he has dedicated significant energy to promoting and advancing our industry through his participation on many boards and associations across Canada. Although he will be greatly missed on our team, we wish him all the best in his well-deserved retirement.”

Graham joined Weyerhaeuser in 1991 as an engineer and has held a variety of senior leadership positions in the company’s Wood Products and Timberlands organizations, including most recently as vice president of HR supporting the Timberlands and Corporate Development businesses and previously as vice president of the company’s Oriented Strand Board business. He has worked and resided in three provinces — Alberta, British Columbia and Saskatchewan — and among other key projects has helped with integration on several acquisitions and developing a framework for labor relations at Weyerhaeuser. Graham earned a bachelor’s in engineering from the University of Alberta.

Weyerhaeuser Company, one of the world’s largest private owners of timberlands, began operations in 1900. They own or control approximately 11 million acres of timberlands in the U.S. and manage additional timberlands under long-term licenses in Canada. They manage these timberlands on a sustainable basis in compliance with internationally recognized forestry standards. They are also one of the largest manufacturers of wood products in America. The company is a real estate investment trust. In 2020, it generated $7.5 billion in net sales and employed approximately 9,400 people who serve customers worldwide. It’s common stock trades on the New York Stock Exchange under the symbol WY. 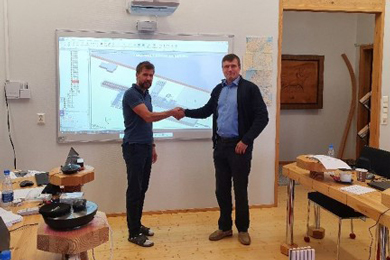 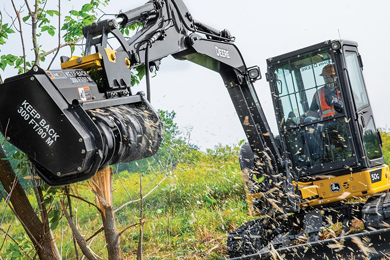